Thank you! Your submission has been received!
Oops! Something went wrong while submitting the form

Sunset Transportation is a leading third party logistics (3PL) company based in St. Louis, MO that develops custom shipping solutions for businesses across numerous industries. Their company culture is full of energy and very team driven. Sunset places strong focus on real human interactions, which creates a positive and refreshing customer experience, especially in an industry that can be rather stiff and impersonal.

Develop Sunset's first company video to help increase visibility and communicate their brand philosophy. Maintain alignment with current marketing strategies: witty, professional, out of the box. Highlight the brand personality without getting bogged down with the details of each individual service offering.

A 2 minute animated explainer video for their website: an introduction to Sunset and their "5 Promises. The goal was to make logistics less intimidating. An added touch of humor helped imbue the video with a casual, approachable feeling. In the end, we created a simplified message with a contemporary flair.

Before moving into production we kicked things off with a deep dive into the logistics business. Over a one-day facilitated discovery session, I worked with the great people at Sunset to surface challenges the organization faced. In the process, we prioritized the needs and goals of the business and their customers.This became the foundation that would inform every decision throughout the video's creation. 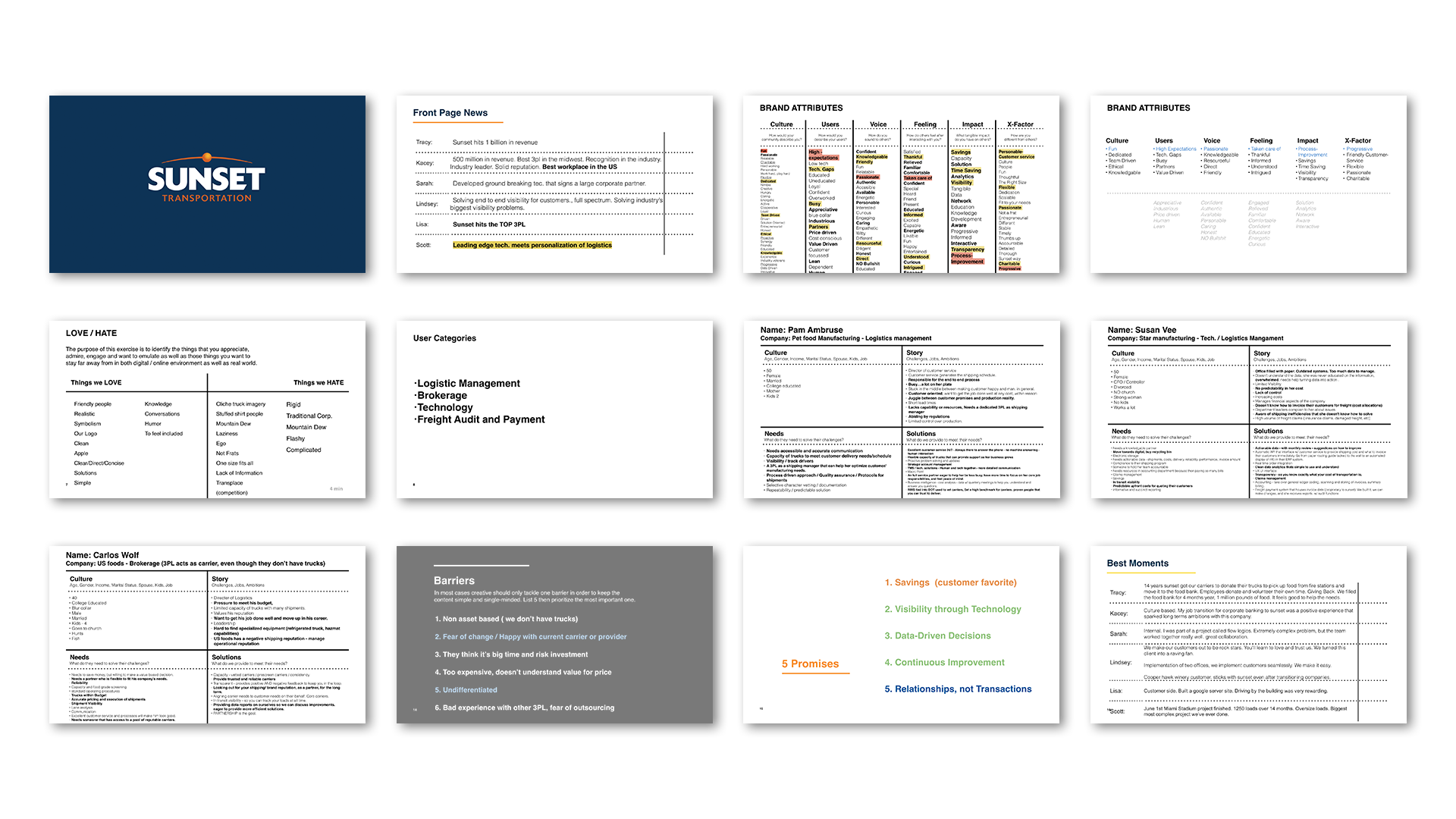 Sunset serves a wide range of clients. Together we developed unique user profiles to help us craft a targeted message and determine who this video is for. The goal of this stage is to really understand the needs and wants of the customer so we can build true empathy, depth, and value into the video.

After covering what they do and how they do it; we then asked the big question of WHY. Through a series of exercises we defined and prioritized the core values that make up the brand's personality. This helped us paint a clear picture of how it should look, sound, and feel.

One of the specific objectives during this phase was to create a reusable Sunset Transportation logo animation. An animated logo helps build brand recognition, and creates consistency throughout company videos. The finished sunset animation was delivered as a simple video layer that could easily be attached to any future content.

"Sunset was introduced to David Probst through a trusted referral, and we couldn’t be happier with our entire video experience.  From start to finish, David guided us through brand and message goal-setting, content creation, and design implementation.  His open style of communication and creativity were a great fit with our production team, and the result was a highly-customized explainer video that truly captured the essence of Sunset’s business practices, and our sometimes silly personality.  We can’t wait to work with David again, and to share more great work with the masses! "

The President of AAF Colorado Springs tasked me with producing a intro video for the city's upcoming Awards show, this years theme and title was "The Great Adsby".

There were two main objectives for this project. First, we needed to create video that helped set the stage for new participants while presenting a familiar event to the seasoned pros in a fresh and unique way. Second, being the official intro video for the entire night it had to build up the anticipation and excitement of everyone in the audience.

In collaboration with illustrator Drew Ordway, we pulled inspiration from The Great Gatsby movie and book to create an animated video that captured the essence of the roaring 20s; a wild and glamorous era of fast cars, jazz, speakeasies, and wild youth.

And who better to communicate the key points of the event than a vintage sounding radio host? The idea was that the viewer goes along for the ride as the radio host sets the stage, the destination of course being the Awards Show. When writing the script I was able to embellish the dialogue with all kinds of over the top 1920s lingo, which helped keep the information light and easy to follow.

As our viewers see the car arriving at the theater, we wanted to shift gears, speed up the pace, and throw the viewer into a visual celebration of Gatsby themed party elements. To clearly depart from the first part of the video we transitioned the art style into a look that's simple, bold, and reminiscent of a classic Saul Bass title sequence. This along with a change in music was intended to pull the viewer in and build a peak of excitement for the audience.

Building peaks and valleys throughout an intro video creates a dynamic viewing experience and can add emphasis to important moments. So before arriving at the end title I decided to suddenly drop everything to black for a few seconds, as we fade into the red curtains the title is slowly revealed as the camera pushes forward. The goal was to make it feel as epic as possible. The Great Gatsby holds on screen for an extended period of time to hype up the crowd right until the very last moment.

With the Colorado Springs advertising community gathered together eager for the show to start, the lights dimmed, the video played and ended with applause and excitement as the host walked on stage. The 2020 Colorado Springs Advertising Awards was a night filled with competition, camaraderie and conviviality! The Gatsby theme was a success and everyone had a roaring good time. 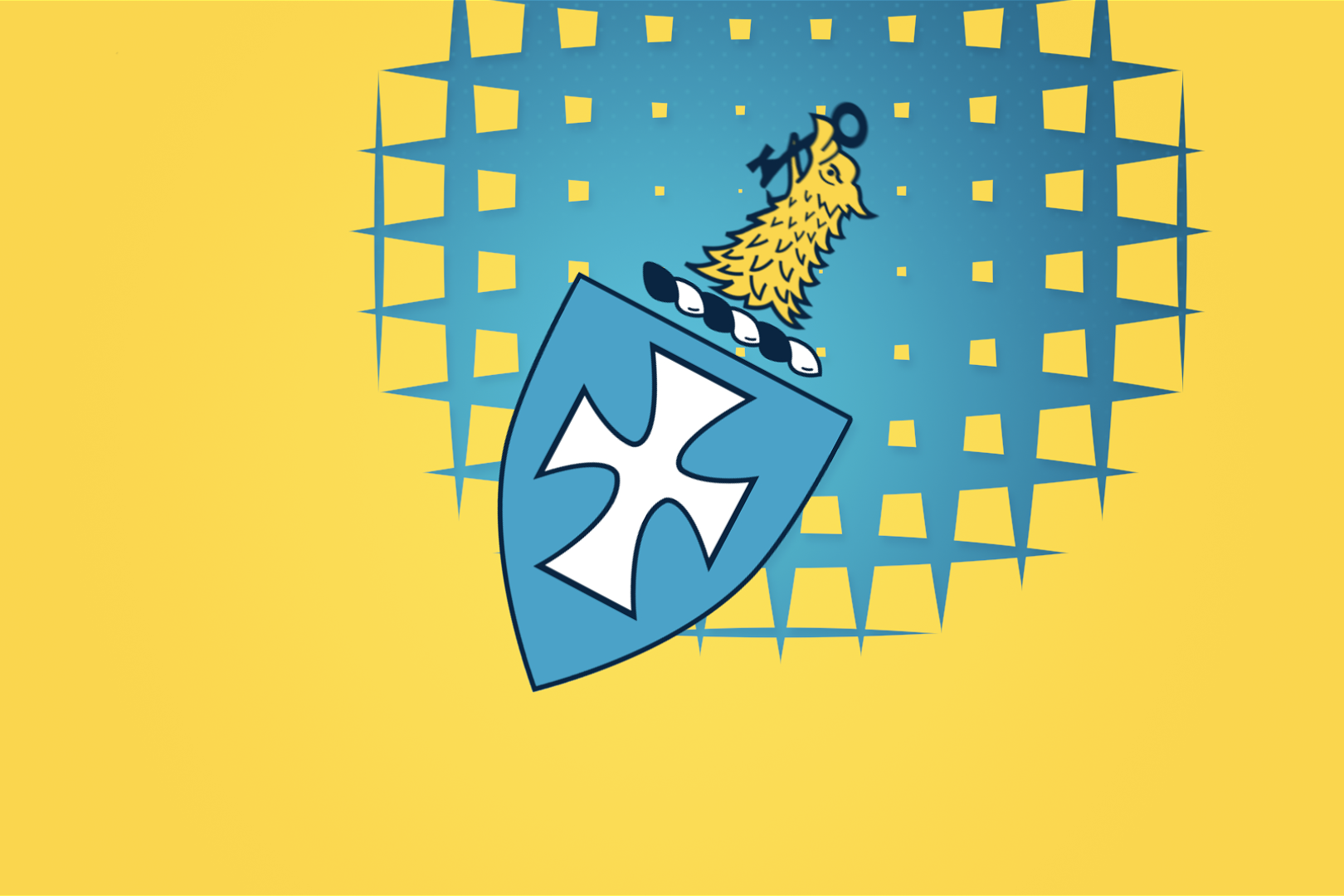 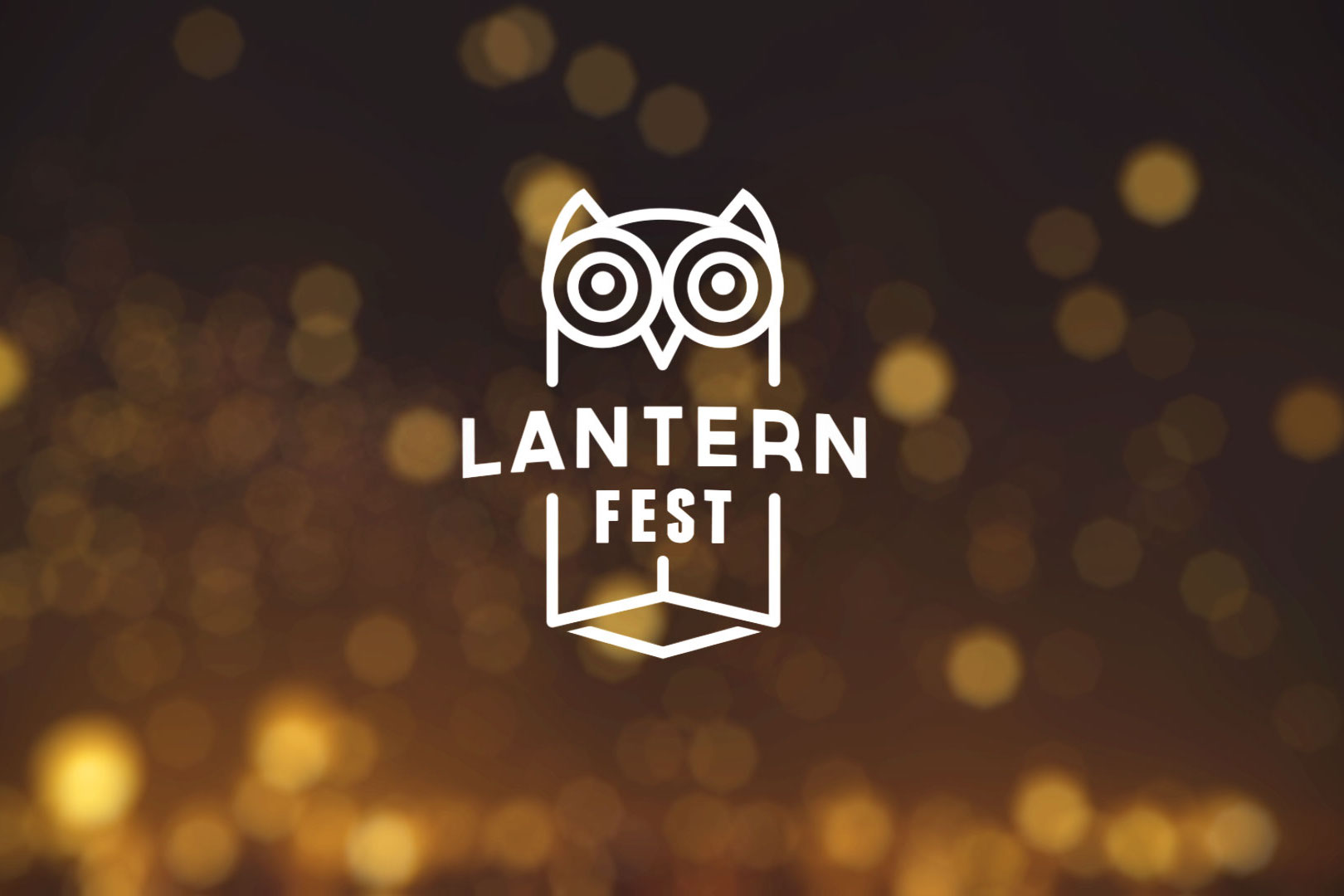 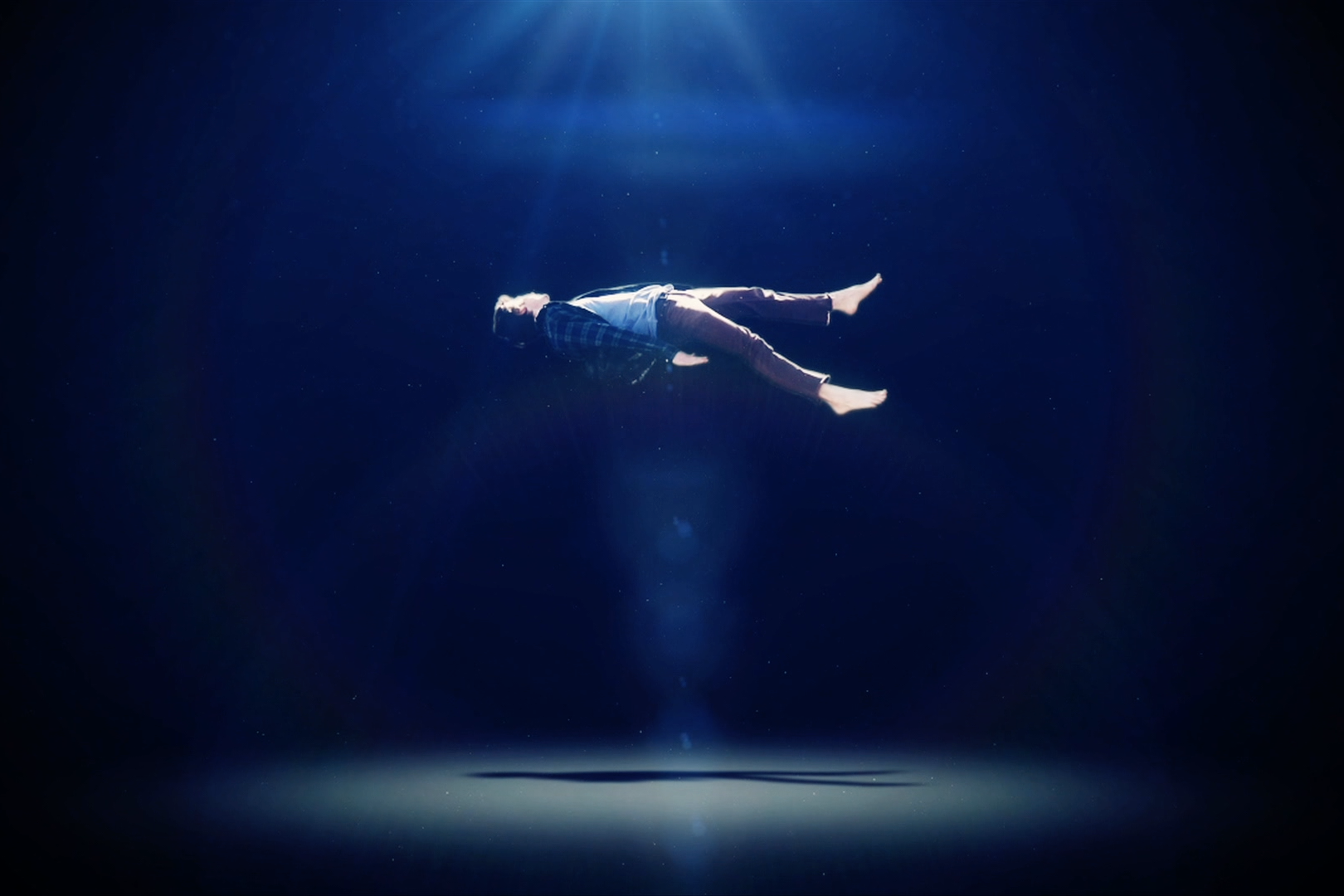 Let’s Get in Touch

Thank you! Your submission has been received!
Oops! Something went wrong while submitting the form
READY TO TALK?

Drop Me a Line

Start a project, schedule a call, or just say hello. I'm happy to answer any questions you may have.